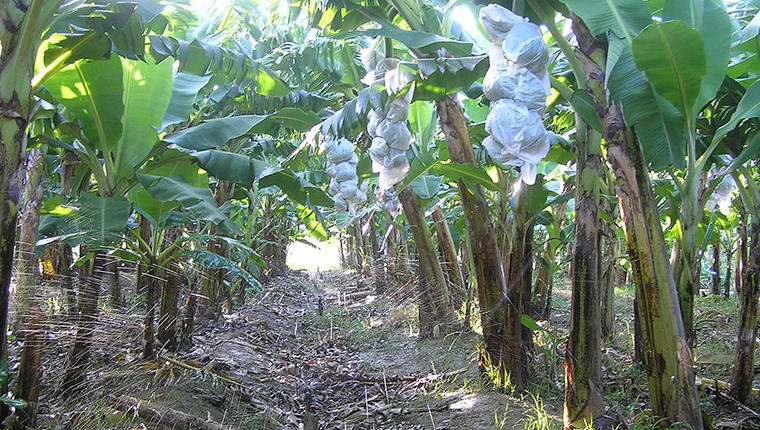 A consortium of banana producers started operations in a Ghana region with very low relative humidity (RH). Rainfall and evaporation records on the farm show a prolonged dry season of 8 to 9 months where total or supplementary irrigation is necessary.

They designed a drip irrigation system to deliver 3.2 mm/h for a maximum of 2 hours per day every 3 to 4 days. However, the precipitation delivery design was ineffective for a banana plantation under the local climatic conditions.

The plantation began to suffer water stress because the soil humidity level was not enough to cover all the plant roots, especially adventitious roots. The water stress led to the deformation of the new offspring in its early growth stages and underdeveloped bunches with few banana hands.

For about four years, the banana producers spent thousands of dollars per year on expensive imported liquid fertilizers and desalinization chemicals. Under these circumstances, they realized that it was time to hire Leonel Castillo, a worldwide recognized banana expert, to evaluate the project and determine the causes of poor productivity.

They found that the low humidity level could not generate an adequate microclimate for the correct crop development. Also, the drip irrigation system was not suitable for the predominantly sandy soils on Farm 1. Finally, they noticed some salinity along the drip lines where the moisture evaporated before the next wetting cycle.

With the collaboration of the Senninger® Irrigation Regional Manager for Mexico, Central America, and the Caribbean, they initiated a trial to test Xcel-Wobbler sprinklers during the dry season that began in November 2019.

The original installation had two lines of drip hose for each line of banana plants, operating at a valve pressure of 20 PSI. They replaced the drip hoses with Senninger Xcel-Wobbler sprinklers that deliver the same flow rates and work at the same operating pressure as the drip system.

Xcel-Wobbler sprinklers provided a precipitation rate of 3.2 mm/h. Also, they covered the entire irrigated area with a distribution uniformity above 85%. They were installed with a sprinkler density of 70-90 units per hectare.

Three basic measurable parameters of the trial were the number of leaves of the mother plant at shooting, primary follower height at shooting, and hand class of the bunch.

The comparative results of the sprinkler irrigation using the Xcel-Wobbler versus the drip system were:

+3 leaves of mother plant at shooting.

+1.2 m of follower height at shooting.

The Xcel-Wobbler sprinkler irrigation achieved a 35 percent increase in banana production. It ensured that the return (the plants that grow together with the plants that contain clusters) had a shorter time to produce the next cluster.

Additionally, it helped produce more vigorous bunches, with a higher number of hands and fingers and greater weights. This production is the most stable of all times, with more boxes per cluster, something unusual at the time of the year. The new irrigation system with Senninger Xcel-Wobbler provides a significant return on investment for this banana plantation. 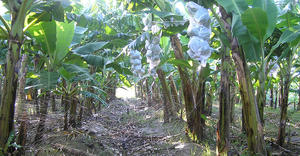 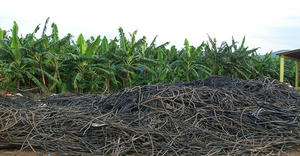