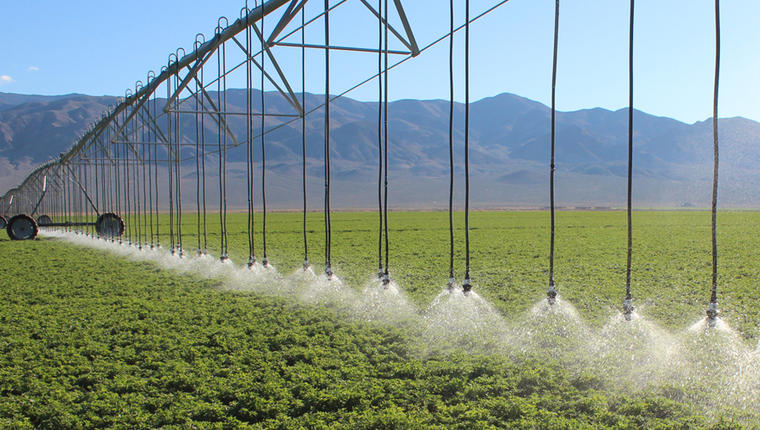 Triple D Ranch is located in the high valley of Dyer, Nevada. The climate is windy with little to no rainfall and very low humidity. Declining water tables, increasing pumping costs, as well as wind and evaporation loss led John Maurer, the farm manager, to investigate ways to reduce water use and still retain successful yield levels.

“Efficiency of application is what’s very, very important to our operation,” said Maurer. He was looking for a way to use less water and achieve the same yields or even better yields.

They experimented with drag socks but were unable to obtain the results they needed. Per Maurer, he was seeking a new way to mimic the benefits of flood irrigation with a pivot.

John read an article about Close Spacing LEPA methods in a farming magazine. Seeing those actual products displayed at World Ag Expo prompted more in-depth research. Securing product samples from the Senninger, they tested several combinations and selected the Senninger® LDN® with the Shroud and a single pad equipped with the CM1 insert along with 10 psi pressure regulators.

They used i-Wobs on the first two spans and then switched to LEPA bubblers on spans 3, 4, and 5 at 60” spacing. The outer spans are at 40” spacing. They mounted the sprinklers at about 20” high knowing that when the machine was loaded, they would be about 8” to 16” off the ground.

When checking the yield beneath the LEPA bubblers, Maurer saw an increase in production and decided to expand this type of installation to other machines. The next pivot setup with the LDN and Shroud combination became Triple D Ranch’s top producer. This drove them to set about converting as many machines as they could, even between cuttings.

In addition, neighbors were watching and noticed the results, so they began to try Close Spaced LEPA bubblers. Even a grower who had just setup a new machine switched his applicators.

Higher Yield: They seldom would get more hay on the second cutting, but with the LEPA bubblers, one pivot gave them 40 more bales.

Water Savings: With the windy conditions in the valley, it was evident that the LEPA bubblers were simply not misting like their other pivots with traditional sprinkler systems. Water typically lost to evaporation and wind drift was saved.

Reduced Energy Costs: Because Close Spaced LEPA bubble systems run at 10 psi, they consume very little energy. Because they don’t have to run these systems as long as traditional sprinkler systems, their power bill went down.

Better Soil Quality: The deeper, even water penetration is evident. The soil beneath the Close Spaced LEPA systems feels softer to walk on. The water in the west is high in calcium. LEPA bubblers get more water into the soil and help flush the salts deeper. With in-canopy application, the salts don’t rest on the crops, which help produce more and bigger leaves. In regards to tillage, they have traditionally used a ripper with a 30” shank to bust up the hard layers. With a deeper reservoir of available water, they are excited to think about transitioning newer seedings to push roots down 3 to 4 feet without ripping. 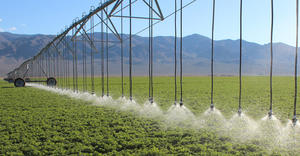 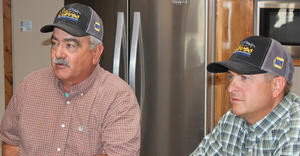 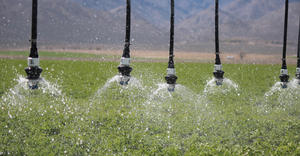 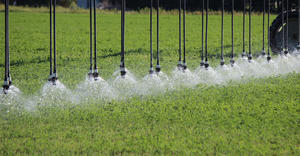