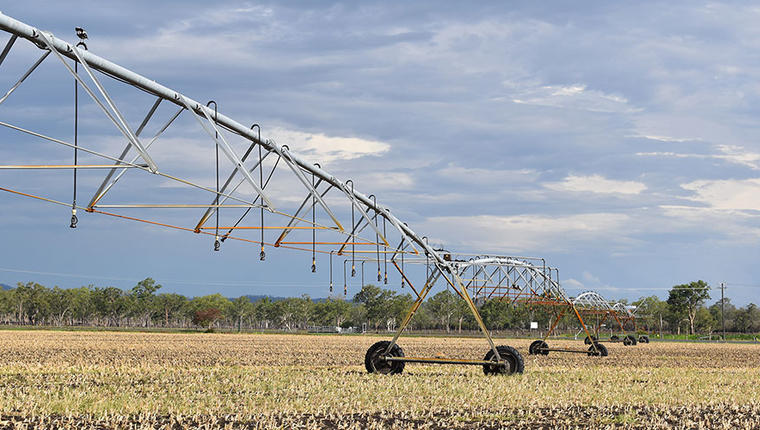 Ryan Leatch is a progressive, second-generation farmer. He’s a firm believer in mechanized irrigation technology and was determined to install a center pivot on his home farm.

He relied on travelers for some time, but they were becoming a huge commitment that he could not afford. His concerns about costs and the products he used prompted him to look for a better solution.

Ryan was familiar with center pivot technology thanks to his father, so he decided to research new technologies and improve on his father’s old recipe for success.

The pivot Ryan chose was an Otech model with remote-control technology that allows him to manage the system from anywhere in the world. The pivot was customized with thick 4mm pipes for better longevity against rust. He also requested 11.2-38 tires and long 62-meter spans to reduce the number of wheel tracks in the field.

He then added an EcoDose fertigation system to create an autonomous system with Easy N liquid nitrogen solution.

The first step in converting the field to center pivot irrigation was installing larger piping from the well to reduce friction within the system. Ryan opted for a large 200mm PVC mainline that would allow him to pump up to 28 liters per second.

Next, he looked for the best sprinkler technology available. He chose Senninger’s i-Wob2 due to its reliability and outstanding uniformity at low pressures. He coupled these with Senninger PSR-2 10 psi (0.69 bar) pressure regulators to ensure he had a large enough droplet size to combat wind-drift and evaporation.

The sprinklers were mounted at 9 ft (3 m) above the ground to minimize crop interference.

Ryan’s research and decisions paid off and resulted in higher irrigation efficiency. His 276-meter long 180° pivot is now able to apply water with the i-Wob2 at a rate of 18 mm a day using only 11 kW at the pump. This reduced his energy expenses to approximately AUD 3.19 per hour.

The sprinkler package, designed with Senninger’s SennPAQ software, also gives him a uniformity co-efficiency of 98.4% –so he knows he is making the most out of every drop pumped. 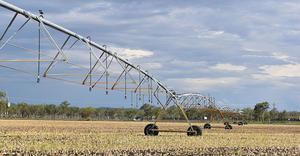 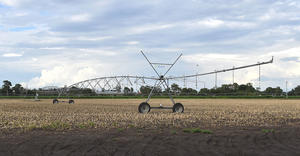 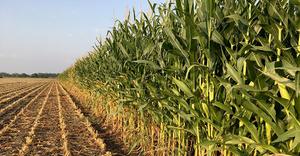