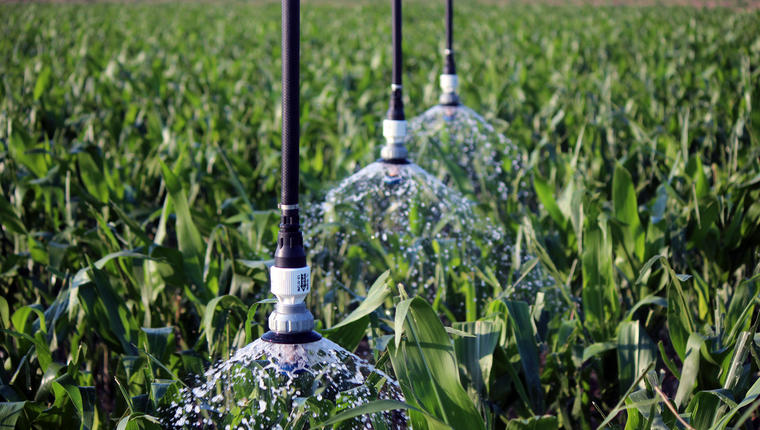 The Ogallala aquifer has had a 70 ft (21.3 m) decline in the past 10 years, and it is drying up fast. Dwane Roth farms near Holcomb, Kansas and partially depends on the aquifer for his irrigation water.

Dwane began questioning if there is anything more he could do to improve his irrigation efficiency when his farm manager asked him if there was better technology available. He believed he was doing the best he could, but the question encouraged him to research alternative technologies.

This research led him to the LEPA Bubbler and the work done at the Kansas Water Office with Water Technology Farms.

Dwane then turned his operation into a water technology farm in partnership with the Kansas Water Office (K-State) and converted his pivots to LEPA Close Spacing technology.

He installed the LEPA bubblers at 30 inch (76 cm) spacing and tested them at heights ranging from 1 to 3 ft (30 to 91 cm) above the soil. “All variations seem to be working pretty good,” he said. “We’re eliminating the evaporation that is on the leaves. We’re putting the water where the roots are taking it up.”

Kansas has a 14.9-inch (37.8 cm) irrigation requirement for corn. With the soil moisture probes helping him better time his irrigation, and with the LEPA bubbler fighting evaporation loss, he can get the requirement down to 12 inches (30.4 cm) and still grow over 200 bushels.

“It is substantial how the bubblers can actually help us reduce irrigation, but actually increase the efficiency of it; on how the plant is taking up water from it.” He said. The decreased evaporation losses were “the big kicker right there,” he added. It also did not matter whether he planted in circles or rows. The bubbler helped lower his irrigation water usage either way.

Dwane also has less wear and tear on his pivots thanks to the LEPA Bubbler’s more concentrated application. This has helped dramatically reduce his maintenance costs. “We’ve actually been able to design the spacing good enough around the wheel track,” he said. “We put the bubbler out wide enough, so we don’t have a wheel track anymore. It’s staying off the motor so we’re keeping the water completely off the tower.”

The bubbler has now become an important part of his succession plan. He believes that with this technology he will be able to irrigate long into the future. 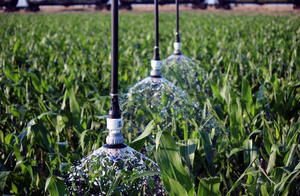 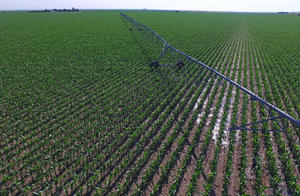 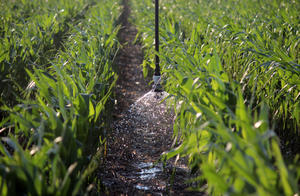