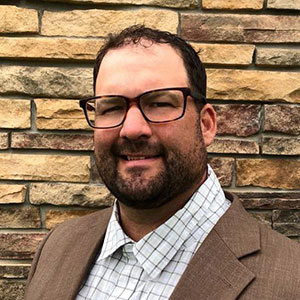 Senninger Irrigation is pleased to announce the appointment of Owen Kruger to the position of Director of Domestic Sales.

Owen comes to Senninger from his most recent role as a Regional Sales Manager for McCrometer, covering Canada and the Midwest. He is a native of Hastings, Nebraska, a graduate of the University of Nebraska Kearney, majoring in Industrial Distribution and Manufacturing, and has over a decade of experience in the mechanized irrigation industry. Prior to his career in irrigation, Owen proudly served our country in the US Army, in combat roles as a weapons specialist plus security roles in multiple overseas relief missions. Owen and his wife, Jamie, reside near Kearney, Nebraska, and have three young children. He enjoys the outdoors –hunting, fishing, and spending quality family time at the lake.

In his Director role with Senninger, Owen’s responsibilities will focus primarily on enhancing our levels of service and support for the OEM’s and dealers in the agricultural irrigation markets we serve in the US and Canada. He is looking forward to working with our team of domestic field sales and service personnel. Owen will maintain his Nebraska residence in Kearney and will have an office based out of our Grand Island location.

We welcome Owen to the Senninger team!

As a member of the Hunter Industries family of companies, Senninger Irrigation is a leading designer and manufacturer of quality irrigation solutions for agricultural, horticultural, and industrial applications. With over 58 years of experience in more than 50 countries worldwide, Senninger is one of the most trusted names in the irrigation industry.

Pressure regulators ensure that your pivot irrigation system operates the way it is designed. They also help prevent water waste, a critical factor in...

Senninger is pleased to announce its latest LEPA innovation, the LDN Wide Spray Bubbler, a cost-effective solution for 30″ to 60″ (0.76 to 1.5 m) spacing...

We want to make a difference by giving back to the communities where our family of Hunter companies is located. Most of our employees live in Southern...