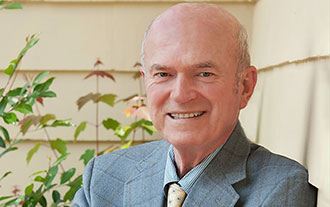 We want to share the sad news of Andy Healy’s passing on Tuesday, March 20, 2018. Andy was born 87 years ago in Streator, Illinois, the son of the late Ursula Senninger and Andrew Healy, Sr.

Andy served in the United States Army. He was one of the original founders of Senninger Irrigation, along with Joe Senninger (Andy’s uncle) and Mark Healy (Andy’s brother).  Andy served on the Senninger Board for over 52 years. He was responsible for overseeing Senninger’s sales and marketing efforts and lead our organization as President for several years.

For over 54 years, Andy was instrumental in growing Senninger Irrigation from a small, start-up company, meeting the needs of local growers, to a worldwide leader in the agriculture irrigation industry.

Andy and his brother, Mark, were awarded the Industry Achievement Award in 1994.  Andy will be deeply missed by all who knew him. We remain grateful for the tremendously positive impact he has had on our lives and the irrigation industry.