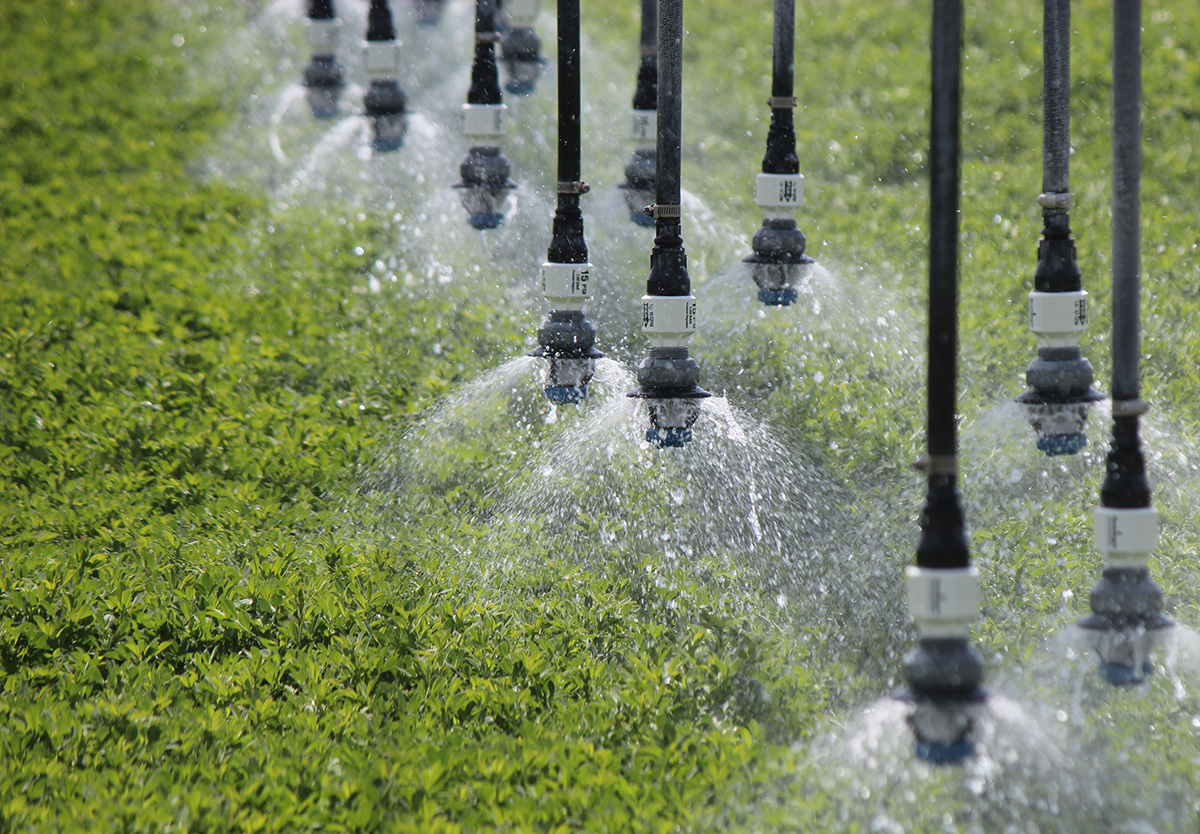 LEPA (Low Energy Precision Application) irrigation is a water-efficient irrigation practice that uses low-pressure LEPA bubble applicators. These sprinklers ensure 95 to 98% of the water pumped gets to the crop’s root zone. At least 20% more water reaches the soil surface with LEPA compared to conventional spray heads.

LEPA Bubblers sprinklers gently deposit water from a height of 8 to 18 inches (20 to 46 cm) above the ground so water reaches the soil quickly. This greatly reduces the chance for wind or evaporation loss due to high temperatures or strong winds. They also operate at low pressures ranging from 6 to 20 psi (0.41 to 1.38 bar), which allows growers to take advantage of energy savings.

In traditional LEPA systems, sprinklers are mounted far apart at 60 to 80 inches (1.5 to 2 m) so they can irrigate every other furrow. Less than half of the soil surface is wetted to reduce evaporation losses as much as possible. In contrast, the Close Spacing method distributes water over most of the soil surface with 40 inches (1 m) or less between heads.

Farmers in the south and the southwestern United States began installing LEPA sprinklers closer together when they realized this setup can reduce wear and tear on center pivots due to the need for fewer passes to fill the soil profile. More importantly, they discovered that Close Spacing installations can fully wet the soil profile when combined with conservation tillage practices. Strip-till and no-till farming helps prevent evaporation loss and run-off by holding the water until the soil can absorb. The residue left over from previous growing seasons also helps keep the soil cool.

Old root channels left untilled also help water move down below for deeper infiltration. Conventional tillage dries out the soil, but strip-till and no-till farmers retain an additional 2 to 4 inches (5 to 10 cm) of soil moisture depending on the season.

There are two types of bubble applicators commonly used: Bubbler Pad Assemblies and a Shroud with a bubble insert. 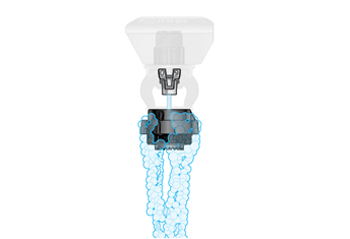 The LDN UP3 Bubbler Pad gently deposits water onto the soil surface in a bubbling stream. This aerated cascading stream resists the effects of wind and evaporation. 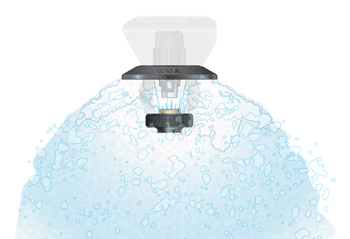 The LDN Shroud is used in conjunction with a bubble insert. Farmers can choose either a beige bubble pad insert or another LEPA insert producing a different pattern opposite a variety of deflectors based on their soil type and crop. The Shroud deflects the water from the bubbler insert down in a gentle dome-shaped pattern providing complete coverage of the field. Due to its less concentrated distribution pattern, the Shroud can be used on fields without furrows and is often used for germination as well as irrigation.

Success in the Field

Triple D Ranch is located in the high valley of Dyer, Nevada USA where the weather is dry and windy, with little to no rainfall and very low humidity. Declining water tables, increasing pumping costs, as well as wind and evaporation loss led Maurer, the Farm Manager, to investigate ways to reduce water use and still retain successful yield levels.

After switching to LEPA Close Spacing, he produced an average of 21.5% more bales and 6.5% more tonnage during four cuttings on three pivots, with one pivot yielding 40 more bales. And he did this using less water.

In Arizona and Imperial Valley, California summer weather brings temperatures of 118-120 °F, and ET rates range between 6/10th to 7/10th of an inch a day.

Farmers in the region are irrigating around 6,000 hours a year and farming 12 months out of the year, so most are looking for ways to lower their pumping costs.

Southwest Irrigation has been recommending LEPA Close Spacing packages for 25 years and almost 99% of their sales can be attributed to LEPA technology.

In their experience, a LEPA sprinklers use less horsepower and less pressure to achieve the same results as a traditional sprinkler that's 3, 4, or 6 feet off the ground. Growers can irrigate more acres and save money because they are putting more water on the ground efficiently and getting a better uniform crop with it.

Due to declining water availability, most farms in this area are only able to farm corn in half fields –growing half-circles of wheat and corn– on a 120-acre field.

Bob’s dealer helped him convert his pivot to LEPA Close Spacing using the LDN Shroud. The first conversion had a payback of 1 year with $6.50/bu. corn. However, with current $3.00/bu levels that is stretched to 2-3 years for a payback. Much shorter than many other farm machinery investments.

Brownfield News - LEPA Irrigation, When should you use it

Brownfield News - LEPA Irrigation, When should you use it
Capital Press - High-efficiency irrigation pays off